The associated health benefits of chocolate consumption have been extensively studied over many decades. There is pretty convincing evidence that chocolate can help improve blood flow to the brain as well as improve insulin resistance, blood pressure and lipid profiles. Until now there has not been a long-term study of the association of chocolate consumption on cognition — our thought and mental processing abilities. So, before you put away your favorite treat, maybe consider how it might be more helpful than you once thought. 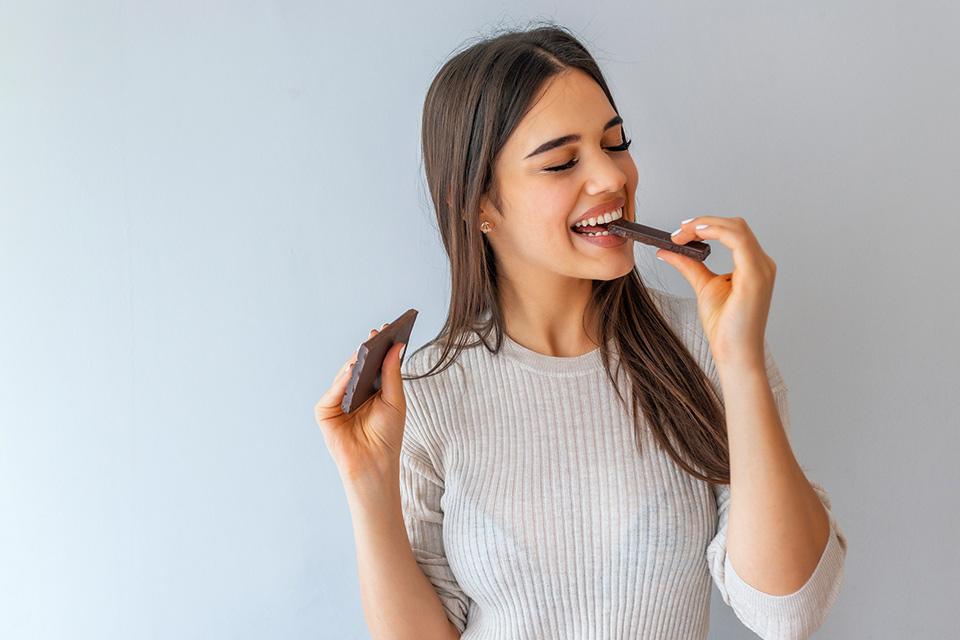 In one study, 968 people (ages 23 to 98) were followed by researchers for 30 years.  Researchers followed the participant’s dietary intake patterns, including chocolate consumption. Study participants used food logs to track the frequency of different foods they consumed. Researchers reviewed chocolate intake and studied it in relation to a battery of neuropsychological tests designed to assess cognitive function.  The data indicated that participants who ate chocolate at least once per week scored significantly higher on cognitive tests than participants who reported chocolate consumption “never” or “rarely”.

Eating chocolate more frequently is associated with better performance on cognitive function tests. This is great news for chocolate lovers!  Most studies of this kind differentiate between the type of chocolate consumed, specifically the amount of flavanols (the component in chocolate thought to be healthy). What is really interesting in this study is that the type of chocolate (milk, white or dark) did not appear to matter. Even better, this study took other risk factors into consideration, such as cardiovascular risk factors and other dietary habits, and found that, irrespective of those factors, chocolate is still associated with better cognitive performance. The study design cannot state that the increased chocolate is what caused the improved cognitive function, however, it is definitely associated with improved function. So, while the jury on the exact cause of improved cognitive function may still be out on this one, I may treat myself to a little bite of chocolate more often!